Did You Know?... Ketamine in Head Trauma 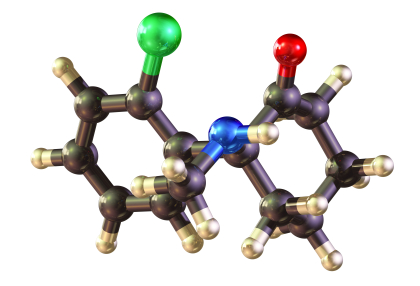 We all learned in medical school that increased intracranial pressure is a contraindication to the use of ketamine...


Where does this come from?
The notion that ketamine increases intracranial pressure (ICP) comes from six studies published in the 1970s. These publications consist of a series of case reports and case control studies on a whopping 51 patients (mostly neurosurgical) in which the use of ketamine increased intracranial pressure. The concern about increased ICP is that it may reduce blood flow to the brain, damaging sensitive neuronal tissue. Interestingly, review of these studies demonstrates that cerebral perfusion pressure (mean arterial pressure minus ICP) actually increased in the majority of the patients who received ketamine.

What have we since learned about ketamine?
Animal studies demonstrate that ketamine may be neuroprotective by reducing release of glutamate, a neurotoxic neurotransmitter. More importantly, we now have some higher quality evidence on the topic. Through the 1990s and 2000s, there have been four prospective, randomized, controlled trials on the use of ketamine in head trauma. In all but one, there was no significant increase in ICP in the ketamine group, and in the fourth study, the increase in ICP with ketamine was only about 2mmHg. Furthermore, in all four studies, cerebral perfusion pressure was either increased or unchanged in patients receiving ketamine. A 5th prospective study on the use of ketamine in neurosurgical patients in the 1990s actually showed a decrease in ICP with ketamine. It must be noted that these studies were somewhat limited by size, with a combined total of 134 patients between all five.

What does this mean?
There is significant evidence to suggest that ketamine may be safe in patients with head injury or suspected increased ICP.

Posted by AAEM Resident and Student Association at 3:47:00 PM