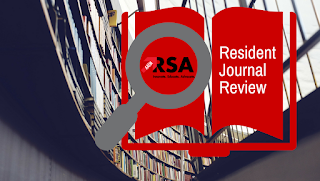 Introduction
Septic shock is an illness with complex pathophysiology and few available therapies, beyond infection control and appropriate fluid resuscitation, to reverse the disease state. It is one of the most prevalent and lethal disease states that a physician may manage, with 1.7 million cases of sepsis in the United States per year and a reported mortality rate of up to 34%.1,2 The pathogenesis of septic shock is thought to be driven by a dysregulated host response3 with the role of adjunctive therapies being to assist in reversing this dysregulated response. Treatments that have more recently been a hot topic of debate include vitamin C, corticosteroids and thiamine. Vitamin C (ascorbic acid) a role in numerous physiologic processes including endothelial permeability, micro and macrovascular function, cellular apoptosis, immune system function and endogenous catecholamines.4 Studies have shown that vitamin C deficiency is present in critically ill patients,4 and its role in these essential functions is the basis for its use as a potential treatment in septic shock. Thiamine also plays a role in key metabolic processes, including cellular energy production and generation of cellular antioxidants, and thiamine deficiency has been well-documented in sepsis, with observational studies indicating a signal for improved outcomes with supplementation.4 Steroids have been used in refractory septic shock for almost the past two decades5 but the recent rationale for its use includes its synergism with vitamin C. Glucocorticoids may be able to increase the activity of vitamin C by increasing expression of the transporter involved in its uptake into cells, sodium-vitamin C transporter (SVCT2).4 In return, vitamin C, as an antioxidant, may be able to facilitate the binding of glucocorticoids to their receptor, a coupling impeded by oxidizing molecules. We will review several of the high-profile trials that have attempted to elucidate the effectiveness of utilizing corticosteroids, vitamin C, and thiamine in the management of patients with sepsis and septic shock.
Read more »
Posted by AAEM/RSA at 10:54:00 AM No comments:

A Medical Student/Paramedic's Perspective on COVID-19

Author: Matthew Carvey
Originally published: Common Sense
July/August 2020
Medic-1 is responding to an assault in a rural location. Dispatch notifies EMS that the patient has a fever and was put on mandatory self-isolation for 14 days. On arrival, EMS dons a sterile cap, goggles, an N95 mask, face shield, gown, and gloves. The patient, belligerent and intoxicated on alcohol and psilocybin, yells at EMS ‘I have the COVID!’. She rushes EMS, removes the practitioners mask, and coughs in his face. Police arrest the woman under the Mental Health Act, and EMS transports, only for her to spit and verbally abuse them the entire length of transport. EMS unloads the patient and awaits triage. After handing over care, EMS doffs all used PPE, and don’s new equipment to thoroughly clean the ambulance. One of the practitioner’s displays signs of COVID-19 three days later. This article is a medical student/paramedic’s perspective on COVID-19.
Read more »
Posted by AAEM/RSA at 10:44:00 AM No comments: