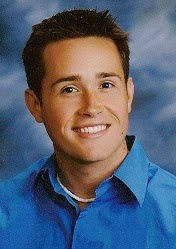 The interesting case that rolled through the ED door is a great way to show your attending physician that you completed the assigned reading, but it is also an important opportunity to ask questions and make a connection with a vulnerable, sick individual.

Does she smoke? Does she drink?
Does she see a physician regularly?

While our residents and attendings have to worry about managing the entire department, medical students have the luxury of a narrow focus with a handful of patients at a time that allows us to give comprehensive care.

I had the privilege to work at the National Organization on Fetal Alcohol Syndrome and meet families and patients affected by Fetal Alcohol Spectrum Disorder (FASD). What I heard over and over again from mothers who drank alcohol or used drugs during pregnancy is that they frequently found themselves in emergency departments or outpatient clinics hoping someone would reach out
and ask them about their substance abuse.

The basis for alcohol interventions is established in the literature. A study published in the Annals of Emergency Medicine (Annals) in 2007, funded by the National Institute on Alcohol Abuse and Alcoholism, found that a screening (such as the CAGE test), brief intervention and referral for treatment in the emergency department was effective at reducing unhealthy drinking at three months. A similar paper published in Lancet in 2004 showed a reduction in unhealthy drinking at six months post-intervention. These large, multi-center studies validate what is well documented in primary care literature: office-based interventions (similar to that described in the Annals) show an average reduction of four drinks per week per individual. It is not perfect, but it is definitely a start.

Every year, 40,000 babies are born with fetal alcohol spectrum disorder, tens of thousands of drivers and pedestrians are killed by drunk drivers, and many more are affected by the stigma of chronic alcohol abuse. Much of this morbidity and mortality may be preventable. An emergency department visit might be the right time for a “teachable moment,” and medical students are the perfect messengers. By intervening at the right time with our patients, we have the ability to make life better for thousands of people. We may not have the most knowledge on the team, but that does not mean we can’t make a tremendous contribution toward improving the health of our society.

Posted by AAEM Resident and Student Association at 10:36:00 AM