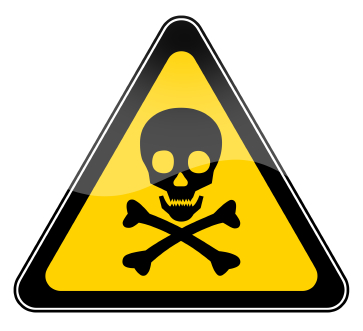 In addition, NCPE is a well-recognized manifestation of acute and chronic salicylate toxicity, occurring in 35% of cases.[4] Several theories on the mechanism behind this toxicity exist. It is believed that salicylates directly act on the central nervous system and cause a massive catecholamine surge that shifts blood to the pulmonary circulation.[4] Young patients with pulmonary edema should have a serum salicylate level to rule out toxic levels. Furthermore, patients presenting with pulmonary edema in the presence of a mixed respiratory alkalosis and anion-gap metabolic acidosis should have you consider salicylate toxicity as a potential cause.[4] There are reported cases of normal gap acidosis in the setting of severe toxicity and a salicylate level would be reasonable in these patients as well.[4] Treatment consists of supportive respiratory care and serum alkalization with intravenous sodium bicarbonate.[5] Additionally, salicylate induced pulmonary edema is an absolute indication for hemodialysis.[1] Because of the high morbidity and mortality associated with salicylate toxicity, it is important to consider it in your differential diagnoses.

NCPE as a clinical entity has many causes, but opiate and salicylate toxicity should be considered to prevent delay in diagnosis. It is especially important to consider it due to the lack of other clinical symptoms. If salicylate toxicity is confirmed, treatment with sodium bicarbonate and hemodialysis should occur promptly.