The interview season for EM is over! I'm not going to miss it. Most students would agree that by now, they have had their fair share of traveling, disruption and trying to balance a meager student loan budget with the costs of it all. The good news is there is light at the end of the tunnel, and you are moving one step closer to becoming a brilliant and dashing EM doc!

Read more »
Posted by AAEM Resident and Student Association at 10:31:00 AM No comments:

I Was Just Filling up the Tank, Right? When Erythrocyte Transfusion Goes Awry 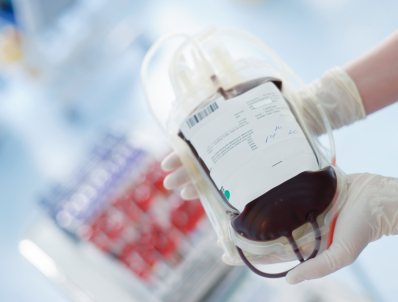 Despite a large amount of research on the issue, there is no universally followed set of indications. However, the transfusion of blood and blood products is a hazardous activity, and we all agree that there are several dangers associated with it. This article deals specifically with the noninfectious reactions encountered during and after transfusion.
Read more »
Posted by AAEM Resident and Student Association at 10:21:00 AM No comments:

A case study: A 59 year old diabetic female was sent to the ED from her podiatrist's office over concern for a retained foreign body (FB) in her toe. Four days prior, she had impaled her right great toe on a blue wooden toothpick. She self-extracted a broken portion of the toothpick, but the toe had become progressively red and swollen, now with inclusion of the distal, dorsal portion of her foot. She complained of a painful FB sensation migrating towards the plantar aspect of the MTP joint of the great toe, worse with walking. She had no fever. At her podiatrist's office, a plain film of the foot was reportedly negative.

In the ED, the toe was obviously cellulitic. No FB was palpable on exam, but a punctuate hemorrhage on the toe seemed to indicate where the initial entry point had been. Bedside ultrasound localized a 1cm long FB penetrating the skin towards the MTP joint, 0.5cm below the skin at its closest point. However, after a successful nerve block, a 20 minute exploration failed to visualize the toothpick. The patient noted that she felt the toothpick had "moved even deeper" after all the probing on exam. The risk of deeper exploration towards the joint was deemed to outweigh the benefits of extraction, and the procedure was terminated.

The patient received a first course of IV Vancomycin. The toe was wrapped for delayed primary closure, and the patient was sent home on clindamycin, levofloxacin and oxycodone for pain. She was instructed to return for wound check and surgical referral in two days. The patient did not return to the ED for wound check, but did follow up in podiatry clinic, where they continued conservative management. Should we have tried harder to remove the foreign body?

Pearl: When to Try, When to Stop


Read more »
Posted by AAEM Resident and Student Association at 2:57:00 PM No comments: