Case
A 16 year old girl was brought in by family for ingestion of an unknown amount of diphenhydramine (Benadryl®) in a suicide attempt. Initial vitals were remarkable for sinus tachycardia at a rate of 120. Her mental status was sleepy but responsive to speech with occasional coherent answers. On EKG her QRS interval was noted to be mildly widened at 108 msec. She was given multiple doses of sodium bicarbonate in the emergency department. Around 45 minutes after arrival, she had a witnessed generalized tonic clonic seizure which self-resolved. She was admitted to the pediatric intensive care unit for neurologic and cardiac monitoring.

The severity of symptoms increase with dose ingested:
Deaths occur due to cardiac toxicity, as diphenhydramine has type IA sodium channel blockade properties.

ECG changes are similar to tricyclic antidepressant (TCA) cardiotoxicity:
Treatment for cardiac toxicity is sodium bicarbonate (just like TCA toxicity), however much of the evidence regarding treatment is based on case reports. Case reports also suggest some benefit with intralipid use in severe cardiac or neurotoxicity. As always involve Poison Control Center early at 1 (800) 222-1222.

Posted by AAEM Resident and Student Association at 2:00:00 PM No comments:

Scrotal Swelling in the Neonate

A 21-day-old previously healthy male was brought to the emergency department by his parents approximately one hour after he developed right-sided scrotal swelling. According to his parents, he was noted to be less active during the day. They denied fevers or vomiting and reported that he was making adequate urine. He was also having normal, non-bloody bowel movements.

On initial evaluation he appeared nontoxic. Abdominal exam showed mild distension and possible guarding. Genitourinary exam revealed a non-tender, swollen right hemiscrotum that transilluminated, and a palpable right testicle. Given the concerning abdominal exam, a scrotal ultrasound was performed which showed loops of bowel, a hydrocele, and a right testicle with poor flow (Figure 1). After manual reduction was unsuccessful by the emergency physician and pediatric surgeon, the patient was urgently taken to the operating room. During laparotomy 10 centimeters of ischemic bowel was reduced and immediately regained perfusion. An ischemic testicle was also identified but not removed. Postoperatively, the patient was observed in the intensive care unit and was discharged on day four without complication.

Indirect inguinal hernias are the result of a patent processus vaginalis. They are common in preterm infants and must be considered in toxic neonates and those with scrotal swelling. Manual reduction is the preferred treatment but strangulated hernias must be surgically reduced.

Posted by AAEM Resident and Student Association at 10:04:00 AM No comments: 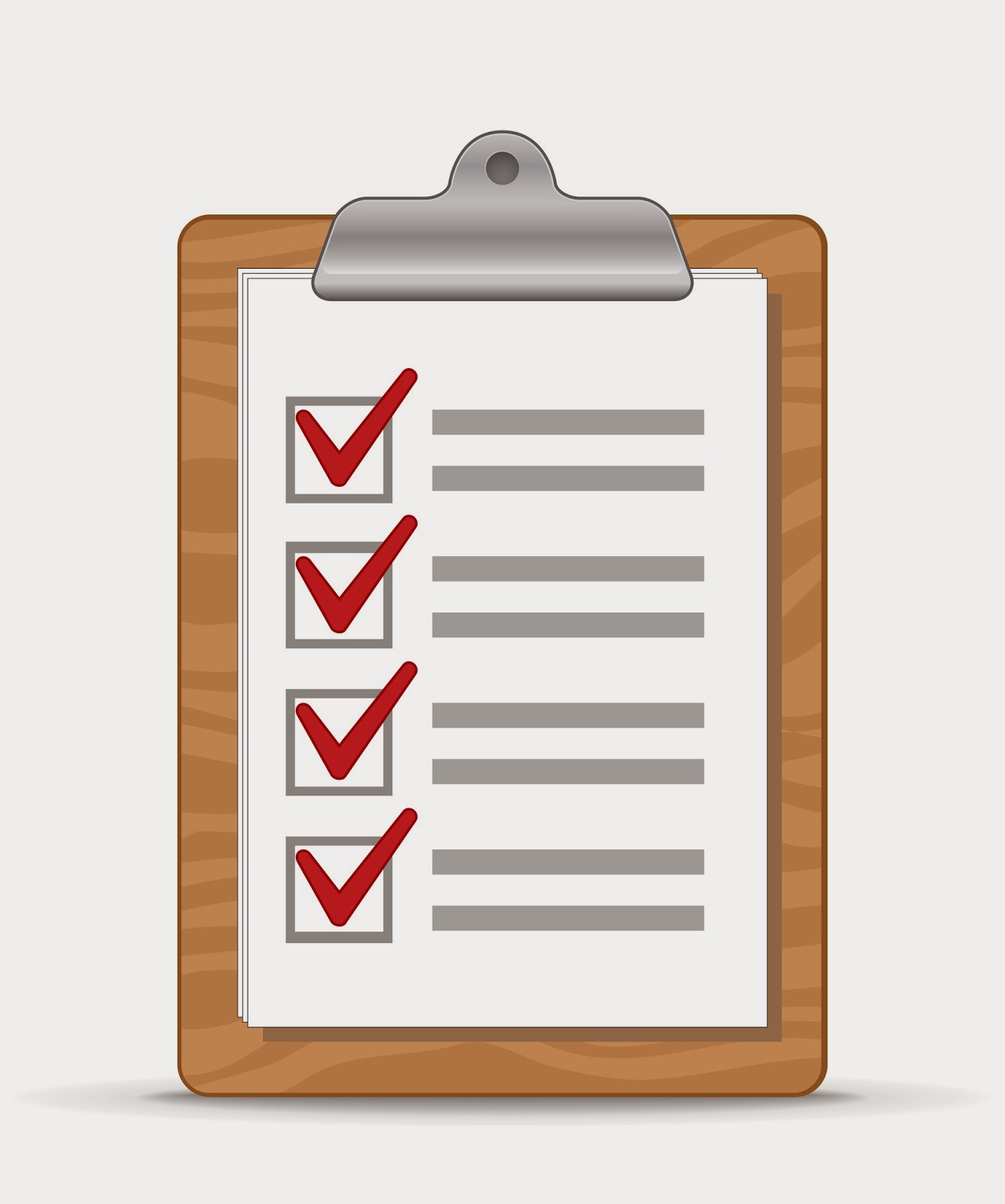 Many resources are available for students interested in applying to emergency medicine residencies, but most reviews focus on the numbers for the allopathic match only. In this post, you’ll find some basic insights into two reports with data about the osteopathic emergency medicine match.

The 2014 Outcomes and Trends in the AOA Match presentation issued by National Matching Services gives a realistic look into the osteopathic match process.[1] The full report can be found here.

Emergency medicine is the third most applied to residency in the osteopathic world with 14.4% of applicants applying as first-choice, falling after family medicine (21.3%) and internal medicine (17.7%).

The report shows that competition is increasing. The number of “positions offered by the specialty” has increased by 38% from 2008 to 2014, while the number of “positions filled by specialty” has increased by 46% in the same time period. In fact, in 2014 for every residency position there were 1.5 applicants applying to emergency medicine as their first choice. Out of 270 positions offered in the 2014 osteopathic match only 3 went unfilled. Osteopathic emergency medicine applicants represented the largest group of unmatched students when compared to other specialties. For matched students, approximately 60% of the 409 DO first year emergency medicine residents matched through AOA Match, while about 40% matched through the NRMP® Match. 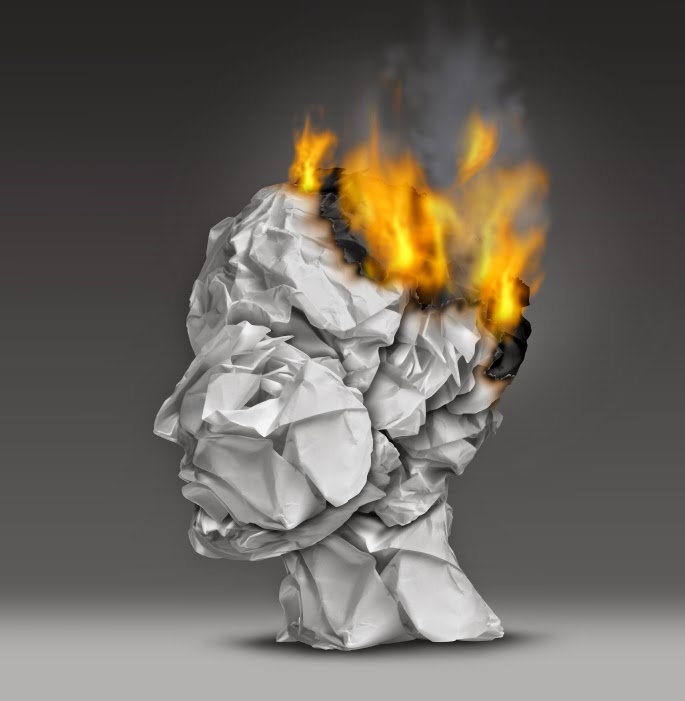 Background
In 2005 neuro-oncology researchers at the University of Pennsylvania first described a strange neurologic syndrome, found in a group of young women with ovarian teratomas, which consisted of acute psychosis followed by the development of motor symptoms and ventilatory failure. Two years later they determined that the etiology of the disorder was the formation of antibodies against NMDA receptors and named the new disorder anti-NMDA-receptor encephalitis (ANMDARE).[1]

Initially, ANMDARE was thought to be a paraneoplastic syndrome found only in the company of ovarian teratomas. However, reports of ANMDARE in patients without tumors began to accumulate, and it now seems that the disease exists in both genders and sometimes in the absence of a tumor or any other obvious causative factor.

At first glance, this disease may seem like a rarity better left to neurologists or other consultants, and not a disease worth worrying about in the ED. However, there is some evidence that ANMDARE is, in actuality, an often unrecognized but relatively common cause of encephalitis. This includes data provided by the California Encephalitis Project (CEP), a group charged with studying the epidemiology and etiology of encephalitis. In 2011 CEP reported on the ultimate diagnosis in the cases referred to them between 2007 and 2011. Of the 761 cases referred to the CEP, 32 cases were diagnosed as ANMDARE. This may seem like a small number, but in comparison only 30 were diagnosed with enterovirus encephalitis, a mere 7 patients had HSV-1, and only 5 patients each had either West Nile Virus or VZV.[2]

These other etiologies are commonly considered, and sometimes empirically treated, during the workup of a patient with encephalitis in the ED. Given the potential for ANMDARE to be even more common, it is worth keeping on the differential for patients presenting with acute psychosis or encephalitis.[4] This may be particularly important in patients with new onset psychosis being referred to a psychiatric facility, especially if they presented with any neurologic symptoms.

Another compelling reason to consider the diagnosis in the ED is that ANMDARE is a treatable disease, and seems to respond better to early treatment. There are numerous reports of patients who demonstrated improvement immediately following immunosuppressant therapy or tumor resection, and one large study has found that good outcome is associated with early treatment.[4,5-7]

Recognition
ANMDARE is generally characterized by three phases, although detection during the first phase is unlikely.

Phase 1
The first phase of the disease is a nonspecific prodrome with symptoms of low fever, myalgia, and fatigue.[6]

Phase 2
The second phase is characterized by neurologic and psychiatric symptoms. Adult patients often show overt psychosis with different combinations of psychomotor agitation, delusions, catatonia, violence and aggression.[1] One case report describes a previously normal male patient who was admitted to a psychiatric ward after throwing a man through a glass door.[2] Dyskinesia is almost universal in ANMDARE, and may be present at this phase or may first appear during phase three. It seems very likely that these patients will pass through an ED, and unfortunately many case reports of ANMDARE describe patients who presented to a physician in phase two and were diagnosed with either organic or drug-induced psychotic disorders and referred to psychiatric institutions.

Phase 3
During phase three ANMDARE patients often present with hemodynamic instability and hypoventilation. Again, patients are likely to present to an ED in this stage, from either home or a psychiatric institution. Almost half of ANMDAE patients will require ICU admission and mechanical ventilation. Many develop autonomic dysregulation including combinations of tachycardia, bradycardia, hypertension, hypotension, hypothermia, or hyperthermia.[2] Also common is the development of seizure like motor activity, although EEG typically does not show changes consistent with epileptic activity.

Diagnosis and Treatment
The initial workup will be the same as for any encephalitis, including LP and probably imaging, with the addition of serum and CSF tests for anti-NMDA-receptor antibodies. CSF will usually show a lymphocytic pleocytosis with elevated protein. Imaging does not seem to be helpful in making the diagnosis.[1] The diagnosis is ultimately confirmed by the exclusion of an infectious cause of encephalitis and the presence of antibodies in either the CSF or the serum.

Other than performing the appropriate tests, initial ED treatment for ANMDARE will focus on airway management and hemodynamic support, especially given the predilection of ANMDARE to cause autonomic dysregulation and respiratory failure – a distinguishing feature from other causes of encephalitis.

Since antibody results are not likely to be rapidly available, definitive diagnosis and treatment may not occur until the patient is in the ICU, but it may be helpful to be aware of the specific treatment options. First line treatment consists of prompt removal of a tumor, if one can be found, and administration of IVIG or immunosuppression with methylprednisolone. Plasma exchange is also an option. If there is no improvement rituximab and cyclophosphamide will likely be started as second line therapy.[4] Prophylactic immunosuppression for one year with mycophenolate or azathioprine will probably be recommended once those therapies are ended.

ANMDARE is a new disease, and understanding of the syndrome is still evolving. Nevertheless, ANMDARE is worth considering when faced with a patient displaying the appropriate psychiatric or neurologic symptoms. There are multiple reports of individuals in whom the diagnosis was missed and who subsequently languished in psychiatric wards, only to become seriously ill but still remain undiagnosed for several months despite a mind-boggling array of tests. Considering the diagnosis in the ED may spare patients from such inappropriate dispositions and reduce delays, allowing for earlier treatment and hopefully improving the ultimate outcome.

Summary
Why it matters in the ED: Under recognized. May be more common than other etiologies of encephalitis such as HSV or VZV. Better outcome if treated early.

Posted by AAEM Resident and Student Association at 2:00:00 PM 1 comment: