Smoking Cessation in the ED 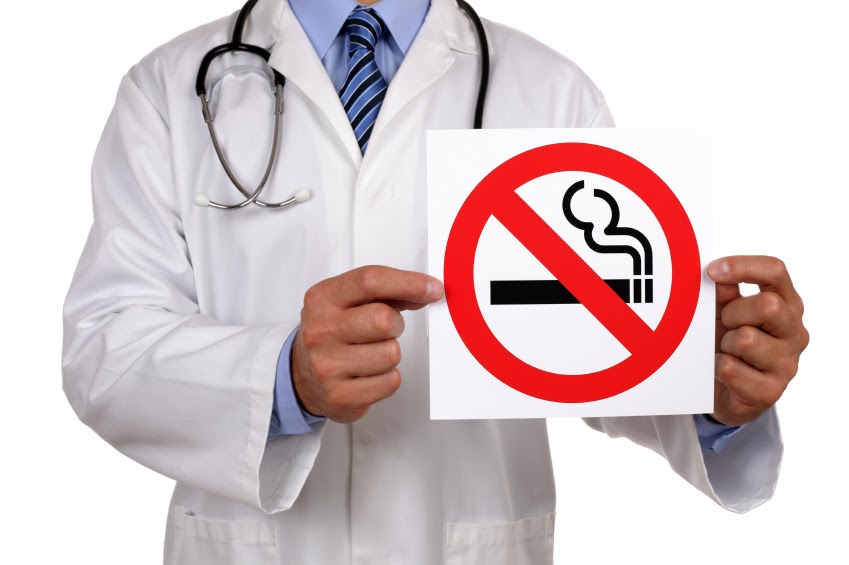 Patients present to the emergency department (ED) at some of the lowest points in their lives, and in many cases their visits can be directly attributed to the chronic use of tobacco products. Having a history of tobacco consumption increases the risk of coronary artery disease, stroke, lung cancer, gastrointestinal cancer, genitourinary cancer, and chronic obstructive pulmonary disease, and accounts for 430,000 deaths annually. (1)

Furthermore, several studies have demonstrated that upwards of 40% of ED patients smoke, which appears to be above that of the national average. (2) At the same time, the accessibility of the primary care physician is declining, and thus those patients use the ED as their source of both primary care and emergent care. While, the ED was not initially designed as functioning as a point of contact for primary care, due to the changing medical landscape, ED physicians have been adapting by offering several essential services for many patients. (3) One such service that many ED physicians and nurses have been performing, and one that may be adopted more globally is that of aiding in smoking cessation.

Adopting smoking cessation practices on an everyday basis may seem daunting at first, and possibly even impractical, however several studies demonstrate the validity and the necessity of offering smoking cessation aid. ED physicians are notoriously busy, and thus it would seem that they cannot perform smoking cessation interventions on a routine basis, however, one such study has demonstrated the contrary. Using the “5A’s” framework of ask, advise, assess, assist, and arrange, the ED nurses and physicians can effectively deliver smoking cessation counseling in a time efficient manner. (4) An earlier, multicenter, cross-sectional study demonstrated that ED patients were responsive to obtaining counseling about smoking cessation, however the methods that were preferred by patients demonstrated some variability. (1) Interestingly though, two randomized control trials have proved to be unsuccessful in integrating a smoking cessation intervention that had beneficial results. (5,6) Interpreting this small amount of published data makes it hard to understand what is actually happening in EDs across America. There are, however, some agreements made between these various researchers in that there is a demand for smoking cessation within the ED, there is a desire from the patients in physician assisted intervention, it is feasible to implement a physician lead intervention, and there is no proven method that is applicable or universal for all patient population and ED types.

In an area with little documented research, how can a physician successfully adopt habits that may be beneficial to a patient when it comes to smoking cessation? There are several methods that can be employed and possibly even encouraged when implementing smoking cessation interventions. Firstly, it has been shown that ED-based counseling for smoking cessation was as effective as methods implementing in outpatient settings, however interventions that involved referrals to a smoking cessation program were unsuccessful. (7) Thus, it is important to have in-the-moment communication about smoking cessation and the need for immediate intervention. Furthermore, reminding patients about the financial aspects about smoking may be critical in a successful intervention, as a recent study has demonstrated that financial based messages attracted more attention and positivity than those that related to health based incentives. (8) Implementing such interventions would appear impossible in an individual basis, and instead would require a team-based approach, where nurses, physicians, and auxiliary staff need to be in harmony in adopting department wide interventions. The area of smoking cessation is a “fertile area for emergency medicine research” as there is little evidence available to show the overall success of department-wide smoking cessation programs. (9) The current literature is insufficient to make any permanent conclusions from and thus with the complexity that is the ED, there is ample research to be performed. We need to identify which patients would most benefit from such interventions (rural, urban, elderly, etc), which type of EDs (community vs. academic) would such interventions be most practical and beneficial in, and how can we implement such practices as to greatly reduce the average 40% smoker rate.

References
1. US Department of Health and Human Services: The Health Consequences of Smoking: A Report of the Surgeon General. Atlanta, GA: Centers for Disease Control and Prevention, National Center for Chronic Disease Prevention and Health Promotion, Office on Smoking and Health; 2004.

9. Cunningham R., Mello MJ. Clearing the Smoke: Behavioral Interventions in the Emergency Department 2011, 18:635-636
Posted by AAEM Resident and Student Association at 10:13:00 AM