“Too good to be true? It just might be.” — Notes and Pitfalls from the Job Trail 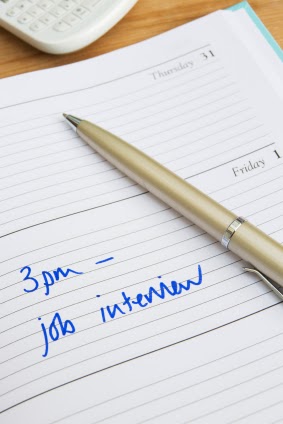 ‘Tis the season to find a job. At least it is for me and my senior resident colleagues across the country.

The first thing we learn is that this job search process is unlike any other we’ve gone through before. It’s certainly different from the rest of our medical training. Getting into medical school was no walk in the park, but it was a structured process, often with ample guidance from professors. The Match may have its own share of problems, but the process was uniform. Now, looking for an attending job, there are so many options and so many uncertainties. Whether it’s community or academia, there is no clear path to getting that ideal job.

I’m writing this article about pitfalls on the job trail, and though the content is new to me, it contains
critical information that is as important for you as it is for me. To make sure that I have the information correct, this article has been reviewed by leaders in our field, Dr. William Durkin and Dr. Andy Walker, who have many years of experience and have advised dozens of EPs.

First things first. Does this article even need to be written — are there really so many pitfalls in finding an EP job? Aren’t we sought-after, and isn’t that why recruiters are calling us every day? The answer is a resounding ‘yes’ and the incessant phone calls from recruiters are actually a clue that there are plenty of landmines around. More than other specialists, EPs are at risk of being taken advantage of. Most EPs rely on someone else to employ them. There are several corporate groups — also called contract management groups (CMGs) — that dominate the marketplace. CMGs like EmCare and TeamHealth have some 300+ contracts with hospitals to staff their EDs. This means when you work for a hospital that contracts with a CMG, you are an employee of, or an independent contractor, with the CMG and paid by the CMG.

So what’s the problem with CMGs? I have to confess that prior to getting involved with AAEM, I had no idea about this — the corporatization of medicine is not exactly taught in the medical school curriculum. But there are a few issues that every EP should be aware of.

First, the very goals of CMGs are contrary to the interests of EPs. CMGs aim to increase profit by acquiring more contracts and minimizing physician pay. This often leads to physicians being torn between corporate goals and patient advocacy. At the end of the day, you work for a group that is not looking out for you or your patients, or sometimes even your hospital, but for itself. AAEM has been involved in many legal battles, defending the “little guy” — the individual EP who gets fired by a CMG — not because he or she did something wrong, but because profit and contract acquisition and maintenance were put before optimal emergency medical care. Which leads me to the second issue to watch out for: CMGs often put restrictive covenants and other toxic clauses in their employment contracts. Again, I had no idea that contracts could vary so much, but they do. Some contain a noncompete clause that prevents you from working for another emergency group within a certain number of miles for a certain number of years. Says Dr. Mark Reiter, AAEM’s Vice-President, “This is a problem because if you quit, are terminated, or the group loses its contract to another group, you may be forced to not just find another job, but also move, sell your house, and send your kids to a new school.” Others include clauses that allow for termination without cause, or that deprive you of due process. These are practices that aren’t accepted in other medical specialties or in other professions, such as law.

Third, many CMGs are involved in fee-splitting — meaning they make money off of your hard work by essentially charging you a fee for the privilege of having a job. Calculations based on publicly reported business data show that their profit margin is roughly equivalent to one shift a week. In other words, one shift a week of your time goes to making money solely for the CMG rather than yourself.

Finally, many CMGs do not allow open books. You should know what is being billed and collected for your professional services. This is not only fair, but it also has legal implications because federal agencies hold EPs responsible for their billings and collections, whether they are aware of them or not.

Taking a step back, I don’t mean to imply that all corporate groups are inherently bad, and sometimes you may have to work for a CMG. A third of all EPs work for one and in a lot of regions a CMG may be the only option. You should also be aware that other employment models, like being employed directly by a hospital, university, or individual contract- holder, can be similarly abusive and exploitative. Moreover, there are CMGs that adhere to fair and equitable business practices, like due process and open books, and that allow for partnership.

So what should we do? Know that not all practice opportunities are created equal. Be on the lookout for those that adhere to the principles of fairness, which will give you the best shot at a long and happy career in emergency medicine. AAEM issues a Certificate of Workplace Fairness. You should ask potential employers if they have this, and then verify that at www.aaem.org. If not, consider why this is so.

Also, ask about what “democratic” really means. A lot of groups like to portray themselves this way (an “undemocratic” group doesn’t have the same ring to it), but confirm what this really means in terms of financial consequences, decision-making, and a pathway to partnership. Says Dr. Reiter, “You should ask questions about who has not become a partner in the past several years and why, as some so-called democratic groups have essentially unobtainable partnership tracks.” Dr. Durkin, AAEM’s President, adds, “A democratic group should expect you to be active in hospital governance — serve on committees, for example. Beware the group that discourages you from doing so. That will make it easier for them to get rid of you!”

Make sure you speak with several EPs in the group during the interview process. Not allowing you to speak with multiple physicians is a red flag. You should find out how many EPs have left the group in the last few years. If possible, speak with those who left. Find out if there are unrealistic expectations for your job: very high patient-per-hour ratios, an overly demanding schedule, poor nursing and ancillary staff backup, etc. These will lead to unsafe clinical practices, legal exposure, and unhappiness down the line.

Get help with your contract. Watch out for restrictive covenants and clauses that limit your autonomy. Don’t sign something that wouldn’t be acceptable in any other field. You are a highly sought-after professional, so why compromise yourself? Get trusted mentors to review your contract, and then make sure you have an attorney look at it before signing. Strike out any restrictive covenants and other unacceptable clauses and insist on a fair contract.

If something sounds too good to be true, watch out. In recent years, CMGs have been offering large signing bonuses, including bonuses that begin paying residents as early as their junior year, if they sign the contract and commit to the job at that time. While it is appealing to be paid as a resident for a job you don’t yet have to work at, be careful of what this entails. There’s no such thing as a free lunch, and many of these contracts are for undesirable areas, with highly restrictive clauses, and with a period of indentured servitude that does not have a clear exit option. In the words of Dr. David Lawhorn, an AAEM board member from Tennessee, “accepting an offer like this is like signing up for a credit card with a 25% interest rate.” It may be what you do in the end, but know what strings are attached and go in with your eyes wide open.

Graduating resident Dr. Ali Farzad, from the University of Maryland, agrees, “I have offers to go to dinners and events where they try to schmooze you all the time. Everything comes down to a bottom line, and one thing residents should understand is that all this money they are spending to impress and recruit is not coming out of their pockets ... but ultimately out of attending salaries.” Consider the money spent on recruiting you to CMGs. Think about all the dinners and receptions you are invited to that are paid for by CMGs, often with the blessing of other emergency medical societies. Just like drug companies wouldn’t schmooze doctors if they didn’t think it would increase their sales, CMGs wouldn’t spend money on you if they didn’t think they would get the money back later — from your hard work.

One last takeaway: remember that AAEM can help. AAEM was founded in part to fight the corporatization of our profession, and every day its leaders advocate for the individual EP. The Academy is not funded by CMGs or other corporations that make money from your labor, and it has no ulterior motive in assisting you — its goal is to look out for our specialty and its practitioners. AAEM is also not AGAINST you going to work for a CMG, if you have made a thoughtful and informed decision that it is the best job for you. As another AAEM leader, Dr. Joel Schofer, says, “My opinion is that people should be able to do whatever they want. We just need to
educate residents about the pluses and minuses of CMGs so that they can make informed decisions.” Dr. Durkin cautions, too, that those who find there is no better choice than a CMG in their area should always have a second part-time or per diem job. “That way, should you be taken ‘off the schedule’ with the CMG, you will have a fall back and some income while you look for something else.”

So, for those of you in the midst of your job search — get all the information you can — and good luck! AAEM and AAEM/RSA will be right there with you. May we avoid the landmines and pitfalls along the way and find the perfect job that we have worked so hard for!

I would love to hear your comments on my columns! Please email me, wen.leana@gmail.com and follow me on Twitter, @DrLeanaWen, and my blog, http://whendoctorsdontlisten.blogspot.com.

Posted by AAEM Resident and Student Association at 11:19:00 AM